We are fortunate to be working with a talented illustrator named Matthew Crotts who will be drawing artifacts excavated at Singer-Moye during the 2013 and 2015 field seasons.

The artifact below is a human effigy which would have decorated the rim of a ceramic bowl. It was recovered from a unit located east of Mounds A and H in 2013. This artifact is similar in style to other human effigies  recovered from Mississippian sites further to the west. 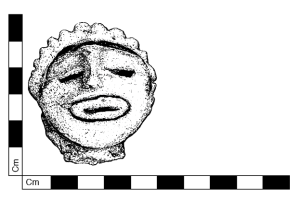 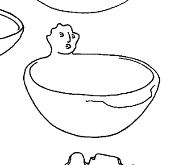